If you’re like us, you’ve been dying to know what happens to Offred after the book leaves off and how future historians got a hold of Offred’s story. After 35 we will finally get some answers as a sequel is coming. It will be called The Testaments and will take place 15 years after The Handmaid’s Tale left off. Atwood tells us that the story will be told by three female characters, and the publisher promises that “the book answers the question that has tantalized readers for decades: What happens to Offred?”

Also, cheers to Stephen Colbert for his quip: “Margaret Atwood is writing a sequel to The Handmaid’s Tale, and Donald Trump is almost finished with the prequel.” 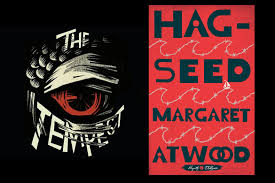 From The Hollywood Reporter:

Catbird — so called because he’s part man, part owl and part cat as the result of “some spilled genetic Super-Splicer,” according to Atwood — will be the star of three graphic novels written by the Canadian novelist and poet and illustrated by Shattered and Firebug‘s Johnnie Christmas, with the series being produced in conjunction with Nature Canada’s Keep Cats Safe and Save Bird Lives initiative.

In Other Worlds: SF and the Human Imagination, Atwood’s latest book, is a variety of lectures, reviews, and short stories that trace her personal involvement with science fiction as a genre.