Hulu announced “The Handmaid’s Tale” will return for season 5 on September 14, unfortunately without Emily (Alexis Bledel).

Hulu renews The Handmaid’s Tale for a fourth season

Variety (among others) is reporting that there will be a season four.
It is no surprise they’d want to keep it around– Hulu says THT “is the most watched show, original or acquired, on the streaming service.”

TV rights to The Edible Woman acquired by eOne

Variety is reporting that the rights to Margaret Atwood’s first novel, 1969’s The Edible Woman, have been acquired by Entertainment One. Variety reports that eOne (On the Basis of Sex, Designated Survivor) will hold worldwide rights to the series in addition to producing it. Francine Zuckerman of Z Films and Karen Shaw of Quarterlife Crisis Productions will serve as executive producers. 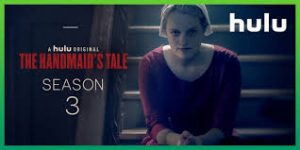 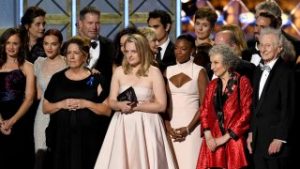 Ballet Adaptation of The Handmaid’s Tale

September 17, 2013 / 1 Comment on Ballet Adaptation of The Handmaid’s Tale

The Royal Winnipeg Ballet is featuring an adaptation of Atwood’s novel The Handmaid’s Tale from October 16 through October 20. On October 21, the ballet travels to Brandon to perform at the Western Manitoba Centennial Concert Hall.