The Margaret Atwood Society is an international association of scholars, teachers, and students who share an interest in Atwood’s work. The main goal of the Society is to promote scholarly exchange of Atwood’s works and cultural contributions by providing opportunities for scholars to exchange information. To reach this goal, we publish a journal, Margaret Atwood Studies, and we host several panels each year on Atwood at various academic conferences, including at the Modern Language Association Convention (MLA), Association of Canadian College and University Teachers of English (ACCUTE), and the Midwest Modern Language Association (MMLA). (See the Calls for Papers tab to learn more). To let us know about current Atwood-scholarship-related news or events, please email us the appropriate information. We will include your news on this site and/or our Facebook page and Twitter feed. We welcome your friendship and comments on Facebook and Twitter, whether or not you join the Society. We also welcome you to interact with us on LinkedIn.

If you’d like to join the society, please see the Membership page.

Dressing the Part: Fashion in Atwood’s Works and Adaptations
The Margaret Atwood Society invites papers on depictions of fashion in Atwood’s works and adaptations, understood broadly as relating to clothing, style, or expressions of socio-political or technical change. 250-word abstract and bio due 3/15.
Deadline for submissions: Wednesday, 15 March 2023
Lauren Rule Maxwell, The Citadel (lauren.maxwell@citadel.edu ) Lee Frew, York U (leefrew@yorku.ca )

Margaret Atwood’s next book, Old Babes in the Wood, will be her first short story collection since 2014’s Stone Mattress. The collection is available for pre-order now and will be released on March 7, 2023.

Penguin Random House promises “a dazzling collection of short stories that look deeply into the heart of family relationships, marriage, loss and memory, and what it means to spend a life together,” and goes on to praise: “Atwood showcases both her creativity and her humanity in these remarkable tales which by turns delight, illuminate, and quietly devastate.” 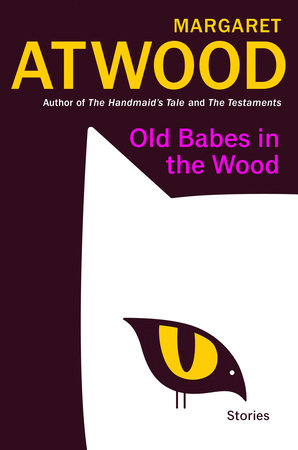 Hulu announced “The Handmaid’s Tale” will return for season 5 on September 14, unfortunately without Emily (Alexis Bledel). 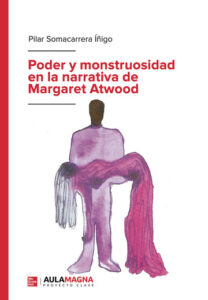 Learn about it here.

The Margaret Atwood Society co-hosted “ArtPolitical: Margaret Atwood’s Aesthetics” October 14 through 16, 2021 at the University of Göttingen, Germany. We were pleased to award $250USD prize to the top paper, which was awarded to Manuel Sousa Oliveira (Porto) for his outstanding paper “Both Fox and Cat: The Politics of Ambiguity in The Handmaid’s Tale and The Testaments.” The first runner-up was Loredana Filip’s paper “Literary Synesthesia and Human-Nonhuman Interactions in Margaret Atwood’s MaddAddam Trilogy” and second runner-up was Tatiana Konrad for her paper “Veganism, Ecoethics, and Climate Change in Margaret Atwood’s ‘MaddAddam’ Trilogy.”

We congratulate all of our presenters and our conveners, Dr. Dunja Mohr (Erfurt) and Dr. Kirsten Sandrock (Göttingen) for an excellent conference.

The conference was also supported by the German Research Foundation, the Association for Canadian Studies in German-speaking Countries and  the Hans-Böckler-Foundation. 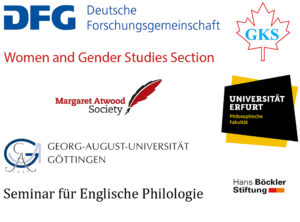 For the International Conference,14th-16th October 2021,
at the University of Göttingen, Germany

Also, please note: The deadline for the Margaret Atwood Society Best Paper Award for the October conference has been updated to 1 September 2021.

This week in Ottawa, Grammy-nominated singer Joshua Hopkins performs the world premiere of Songs for Murdered Sisters set to originial ...poetry by @margaretatwood with the NAC Orchestra. https://apt613.ca/contest-win-tickets-to-see-margaret-atwoods-songs-for-murdered-sisters-performed-by-the-nac-orchestra-on-february-9-10/

Yesterday we logged almost 200 challenges- about 150 of those resulted in immediate removals.

This is a picture of all the books removed ...from one HS library, in one day, in one District, due to the objections of one man.

This is not freedom. #FreeTheBooks

Democrats rejected amendments requested by Republicans to ban third trimester abortions, noting that such abortions are rare and usually a ...medical emergency. They said those decisions should be made between a patient and doctor.
(Imagine that) https://www.startribune.com/gov-tim-walz-to-sign-law-to-strengthen-abortion-rights-in-minnesota/600247932/

My new article on The Testaments by Margaret Atwood in Margaret Atwood Studies, Volume 16, 2023: 'An Intertextual Dialogue between ...Witnessing and Storytelling'
https://english.sxu.edu/sites/atwood/journal/index.php/masj
the Pdf can be downloaded here: http://www.carlascaranod.co.uk/?Examples_Of_My_Work
@atwoodsociety @MargaretAtwood

Joan Didion's archive has been aquired by the New York Public Library. It includes everything from dinner party guest lists to personal ...correspondence with @MargaretAtwood. (Oooh, wonder if there's anything juicy?!) https://www.finebooksmagazine.com/fine-books-news/joan-didion-archive-heads-new-york-public-library